In the last two decades, federal courts have also used the First Amendment to allow schools to prohibit teaching creationism and to ban school districts from requiring teachers to read evolution disclaimers similar to the one used in Dover, Pennsylvania.

Intelligent Design: Is it scientific?

To get around these rulings, schools in Alabama, Arkansas, and Georgia began pasting warning stickers in biology textbooks, as if learning about evolution could endanger one's mental health. A recent specimen from Cobb County, Georgia reads: "This textbook contains material on evolution.

Evolution is a theory, not a fact, regarding the origin of living things. This material should be approached with an open mind, studied carefully and critically considered. But in a federal judge ordered the stickers removed. By singling out evolution as uniquely controversial among scientific theories, the stickers catered to religious biases and thus violated the First Amendment.

But the creationists did not despair. They are animated, after all, by faith. And they are very resourceful. They came up with intelligent design. Intelligent design, or ID, is the latest pseudoscientific incarnation of religious creationism, cleverly crafted by a new group of enthusiasts to circumvent recent legal restrictions.

ID comes in two parts. The first is a simple critique of evolutionary theory, to the effect that Darwinism, as an explanation of the origin, the development, and the diversity of life, is fatally flawed. The second is the assertion that the major features of life are best understood as the result of creation by a supernatural intelligent designer.

To understand ID, then, we must first understand modern evolutionary theory often called "neo-Darwinism" to take into account post-Darwinian modifications. It is important to realize at the outset that evolution is not "just a theory. Although non-scientists often equate "theory" with "hunch" or "wild guess," the Oxford English Dictionary defines a scientific theory as "a scheme or system of ideas or statements held as an explanation or account of a group of facts or phenomena; a hypothesis that has been confirmed or established by observation or experiment, and is propounded or accepted as accounting for the known facts.

Thus scientists speak of "atomic theory" and "gravitational theory" as explanations for the properties of matter and the mutual attraction of physical bodies. It makes as little sense to doubt the factuality of evolution as to doubt the factuality of gravity. Neo-Darwinian theory is not one proposition but several. The first proposition is that populations of organisms have evolved.

Humans, for example, evolved from distinctly different organisms that had smaller brains and probably lived in trees. The second proposition is that new forms of life are continually generated by the splitting of a single lineage into two or more lineages. This is known as "speciation. And this ancestral primate itself shared a common ancestor with earlier primates, which in turn shared a common ancestor with other mammals.

Other Books By This Author

Such successive splitting yields the common metaphor of an evolutionary "tree of life," whose root was the first species to arise and whose twigs are the millions of living species. Any two extant species share a common ancestor, which can in principle be found by tracing that pair of twigs back through the branches to the node where they meet.

We are more closely related to chimpanzees than to orangutans because our common ancestor with these primates lived five million versus ten million years ago, respectively.


It is important to note that although we share a common ancestor with apes, we did not evolve from living apes, but from apelike species that no longer exist. Similarly, I am related to my cousin, but the ancestors we share are two extinct grandparents. The third proposition is that most though not all of evolutionary change is probably driven by natural selection: individuals carrying genes that better suit them to the current environment leave more offspring than individuals carrying genes that make them less adapted.

Over time, the genetic composition of a population changes, improving its "fit" to the environment. This increasing fit is what gives organisms the appearance of design, although, as we shall see, the "design" can be flawed. But Darwin did not propose these ideas as pure "theory"; he also provided voluminous and convincing evidence for them.

The weight of this evidence was so overwhelming that it crushed creationism. Within fifteen years, nearly all biologists, previously adherents of "natural theology," abandoned that view and accepted Darwin's first two propositions. Broad acceptance of natural selection came much later, around The overwhelming evidence for evolution can be found in many books and on many websites.

Given the similarity between the claims of intelligent design and creationism, it is not surprising that these observations also refute the major tenets of ID. The fossil record is the most obvious place to search for evidence of evolution. Although the record was sparse in Darwin's time, there were already findings that suggested evolution. The living armadillos of South America bore a striking resemblance to fossil glyptodonts, extinct armored mammals whose fossils occurred in the same area. This suggested that glyptodonts and armadillos shared a common South American ancestry.

And the record clearly displayed changes in the forms of life existing over large spans of time, with the deepest and oldest sediments showing marine invertebrates, with fishes appearing much later, and still later amphibians, reptiles, and mammals along with the persistence of some groups found in earlier stages. This sequence of change was in fact established by creationist geologists long before Darwin, and was often thought to reflect hundreds of acts of divine creation.

This does not exactly comport with the account given in Genesis. Yet evolution predicts not just successions of forms, but also genetic lineages from ancestors to descendants. The absence of such transitional series in the fossil record bothered Darwin, who called this "the most obvious and serious objection that can be urged against the theory.

But this objection is no longer valid. Since , paleontologists have turned up Darwin's missing evidence: fossils in profusion, with many sequences showing evolutionary change.

In large and small organisms, we can trace, through successive layers of the fossil record, evolutionary changes occurring in lineages. Diatoms get bigger, clamshells get ribbier, horses get larger and toothier, and the human lineage evolves bigger brains, smaller teeth, and increased efficiency at bipedal walking. Moreover, we now have transitional forms connecting major groups of organisms, including fish with tetrapods, dinosaurs with birds, reptiles with mammals, and land mammals with whales.

Darwin predicted that such forms would be found, and their discovery vindicated him fully. It also destroys the creationist notion that species were created in their present form and thereafter remained unchanged. Both birds and toothless anteaters develop tooth buds as embryos, but the teeth are aborted and never erupt; the buds are the remnants of the teeth of the reptilian ancestor of birds and the toothed ancestor of anteaters.

The flightless kiwi bird of New Zealand, familiar from shoe-polish cans, has tiny vestigial wings hidden under its feathers; they are completely useless, but they attest to the fact that kiwis, like all flightless birds, evolved from flying ancestors. Some cave animals, descended from sighted ancestors that invaded caves, have rudimentary eyes that cannot see; the eyes degenerated after they were no longer needed. A creator, especially an intelligent one, would not bestow useless tooth buds, wings, or eyes on large numbers of species.

The human body is also a palimpsest of our ancestry.

Our appendix is the vestigial remnant of an intestinal pouch used to ferment the hard-to-digest plant diets of our ancestors. Orangutans and grazing animals have a large hollow appendix instead of the tiny, wormlike one that we possess. An appendix is simply a bad thing to have. It is certainly not the product of intelligent design: how many humans died of appendicitis before surgery was invented? And consider also lanugo. 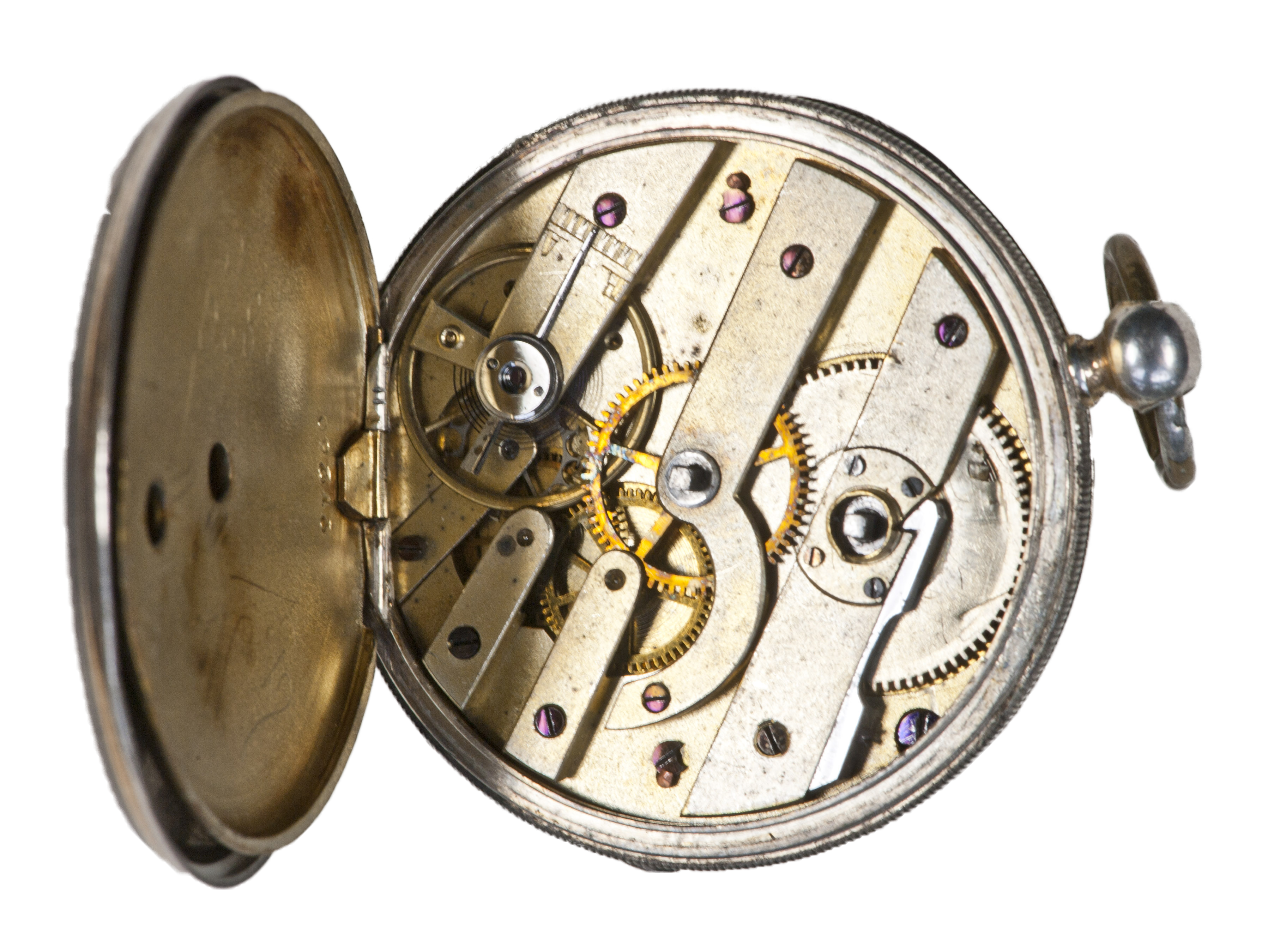 Five months after conception, human fetuses grow a thin coat of hair, called lanugo, all over their bodies. The feature makes sense only as an evolutionary remnant of our primate ancestry; fetal apes also grow such a coat, but they do not shed it. Why do humans, unlike most mammals, require vitamin C in our diet? Because primates cannot synthesize this essential nutrient from simpler chemicals.

Yet we still carry all the genes for synthesizing vitamin C. The gene used for the last step in this pathway was inactivated by mutations forty million years ago, probably because it was unnecessary in fruit-eating primates. But it still sits in our DNA, one of many useless remnants testifying to our evolutionary ancestry.

Darwin's third line of evidence came from biogeography, the study of the geographic distribution of plants and animals. I have already mentioned what Darwin called his "Law of Succession": living organisms in an area most closely resemble fossils found in the same location. This implies that the former evolved from the latter.

Oceanic islands are simply missing or impoverished in many types of animals. Hawaii has no native mammals, reptiles, or amphibians. These animals, as well as freshwater fish, are also missing on St. Helena, a remote oceanic island in the middle of the South Atlantic Ocean. It seems that the intelligent designer forgot to stock oceanic but not continental!

One might respond that this was a strategy of the creator, as those organisms might not survive on islands. But this objection fails, because such animals often do spectacularly well when introduced by humans. Hawaii has been overrun by the introduced cane toad and mongoose, to the detriment of its native fauna. Nowhere else in the world will you find an area in which two-thirds of the birds are finches. Hawaii has similar "radiations" of fruit flies and silversword plants, while St.

Helena is overloaded with ferns and weevils. Compared with continents or continental islands, then, oceanic islands have unbalanced flora and fauna, lacking many familiar groups but having an over-representation of some species.

throphesstar.ml Moreover, the animals and the plants inhabiting oceanic islands bear the greatest similarity to species found on the nearest mainland. There is nothing in the conditions of life, in the geological nature of the islands, in their height or climate, or in the proportions in which the several classes are associated together, which resembles closely the conditions of the South American coast: in fact there is a considerable dissimilarity in all these respects.